Long drive today – 240-something miles, and that’s the straight I-40 route, not the twisty 66. We check the forecast and get a bit of a shock – a severe weather warning for Amarillo, snow is on its way! After a couple of days of warm weather, the coats are back on! After the obligatory bop/ march to Peter Kay/ Tony Christie to get us in the mood, we head off!

The drive from Oklahoma to Amarillo is half in the state of Oklahoma and half in Texas. The Oklahoma stretch takes in a few Route 66 towns – including El Reno, Weatherford and Clinton. In Texas, the main stops are Shamrock, McLean Jericho and Groom.

In the end we keep it brief, and only drop by El Reno, Clinton, Shamrock and Groom, as we want to get to Amarillo in daylight, and before snowfall. To be honest, none of these towns are must sees, but it is probably as much to do with the grim grey skies as anything else. We really took the beautiful blue skies for granted over the past week. 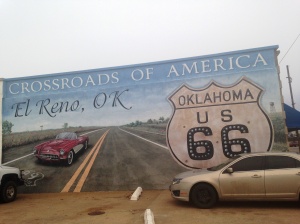 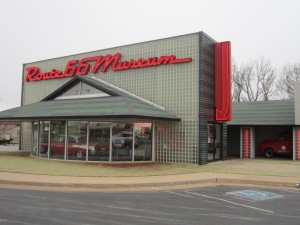 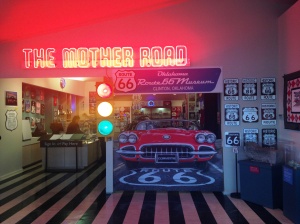 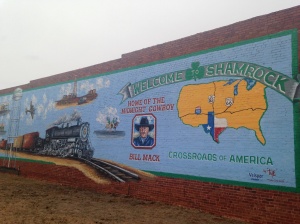 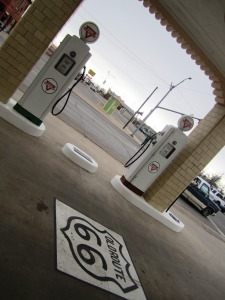 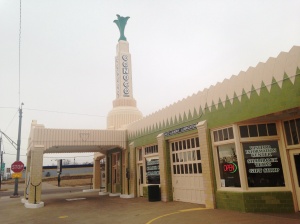 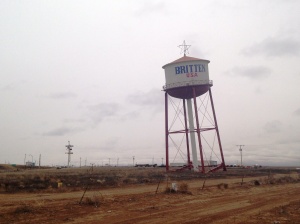 Another motive for getting to Amarillo earlier is the Cadillac ranch – the art installation just outside Amarillo, which is probably the most famous sight there, and on our ‘definitely must do’ list. By the time we near Amarillo, the best of the day is over and the snow has started to fall. We decide that rather than waiting till the morning to visit the ranch (8 inches of snow is forecast) we should press on and try to find it, even though we don’t exactly know where it is. We needn’t have worried though, as it is just visible from the main highway. And what a sight – even in the snow! We throw caution to the wind, and head out on foot to reach it, completely underestimating the clay mud which gathers on our feet (suede boots were not a good idea!).

However, we did it, and have some great pictures to prove it! 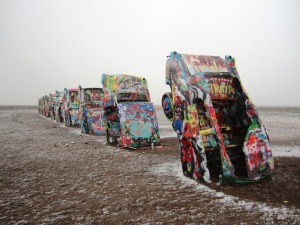 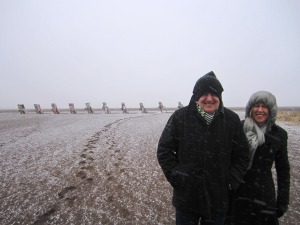 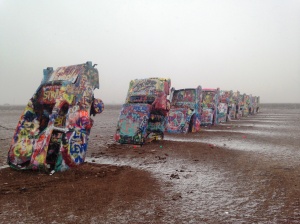 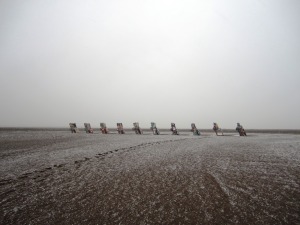 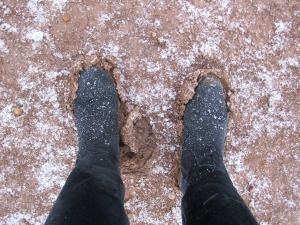 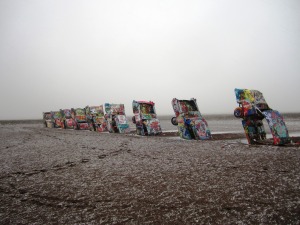 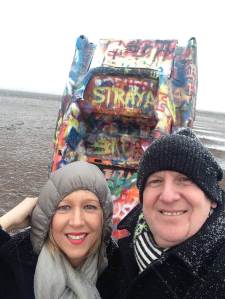 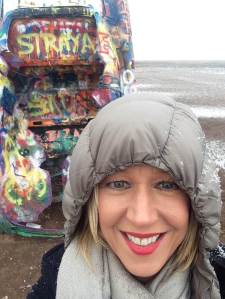 The snow is now coming down heavily and there is a chance we may be stuck tomorrow – some say the highway may close completely, never mind Route 66. A quick trip to the mall to buy some wellies, dinner at an amazing thai/ sushi pace, and back to the hotel to watch the snow fall…. Wonder what tomorrow will bring? 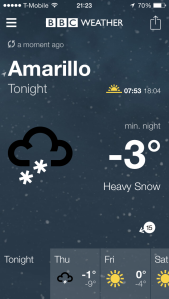 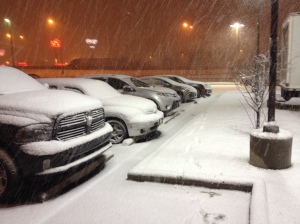